This is an essay in the catalogue (published by Ikon Gallery Birmingham) which accompanied the exhibition Janet Mendelsohn; Varna Road.

PARC director Val Williams has researched the 1960s photographs of US documentary photography Janet Mendelsohn, for a catalogue essay, which will be published by the Ikon Gallery, Birmingham to accompany the exhibition, which runs from 27 January to 3 April 2016.

Mendelsohn was a visiting scholar at the Centre for Contemporary Cultural Studies at Birmingham University from 1967 to 1969. Having studied Social Relations at Harvard’s all-women Radcliffe College, Mendelsohn became interested in documentary photography; in Birmingham she decided to study social conditions in the inner city, and began to work in and around Varna Road in Balsall Heath.

Originally a sedate and elegant nineteenth century middle- class suburb, by the 1960s, Balsall Heath had become known as Birmingham’s major red light district and as a centre for migration from South Asia. The once-elegant houses fell into decay, and were subdivided into rooming houses and shabby flats. Corner shops, pubs and cafés formed the social hubs of the community, and life on the streets was hectic and crowded. The combination of vitality and cheapness meant that, for a time, Balsall Heath became a draw both for Birmingham’s artistic bohemia and for students, as well as a centre for prostitution. Balsall Heath was a highly visible example of British post-war society in transition, with a complex mix of groups, new populations engaging with the more traditional. Balsall Heath was about to undergo a relentless process of slum clearance and Varna Road, along with many other streets in the area, would cease to exist.

Mendelsohn’s Varna Road photographs focussed on the life of ‘Kathleen’ - sex worker, mother and Balsall Heath resident. These remarkable photographs, are intimate and collaborative, as Mendelsohn observed ‘Kathleen’ in her day-to-day life.

At the heart of the project are Mendelsohn’s photographs of Kathleen and her family at home. Though Kathleen’s life was a challenging one, and her circumstances extremely straitened, Mendelsohn’s photographs of her are rich and poetic. Intimate, collaborative. Shot in available light, the gloomy, dishevelled interiors of Kathleen’s rooms assume a kind of grandeur, as with Kathleen as a gaunt but sublime Madonna. These are photographs full of warmth and compassion, photographs made by a woman about another woman’s life. No two people could have been further apart than the high achieving Radcliffe student and the impoverished Birmingham prostitute, but there is real connection here.

Outside, on the street, in the café, outside the pub, the photography changes and becomes much more of an observation of life in Balsall Heath as reflected through Kathleen and her circle. Mendelsohn accompanies Kathleen as she chats with friends on street corners, pushes her pram, and visits the launderette; she even photographed the broken down bed where Kathleen took her clients. She observes Kathleen with her children in photographs of great poignancy. This is a many-layered study, where empathy meets sheer inquisitiveness on a massive scale. 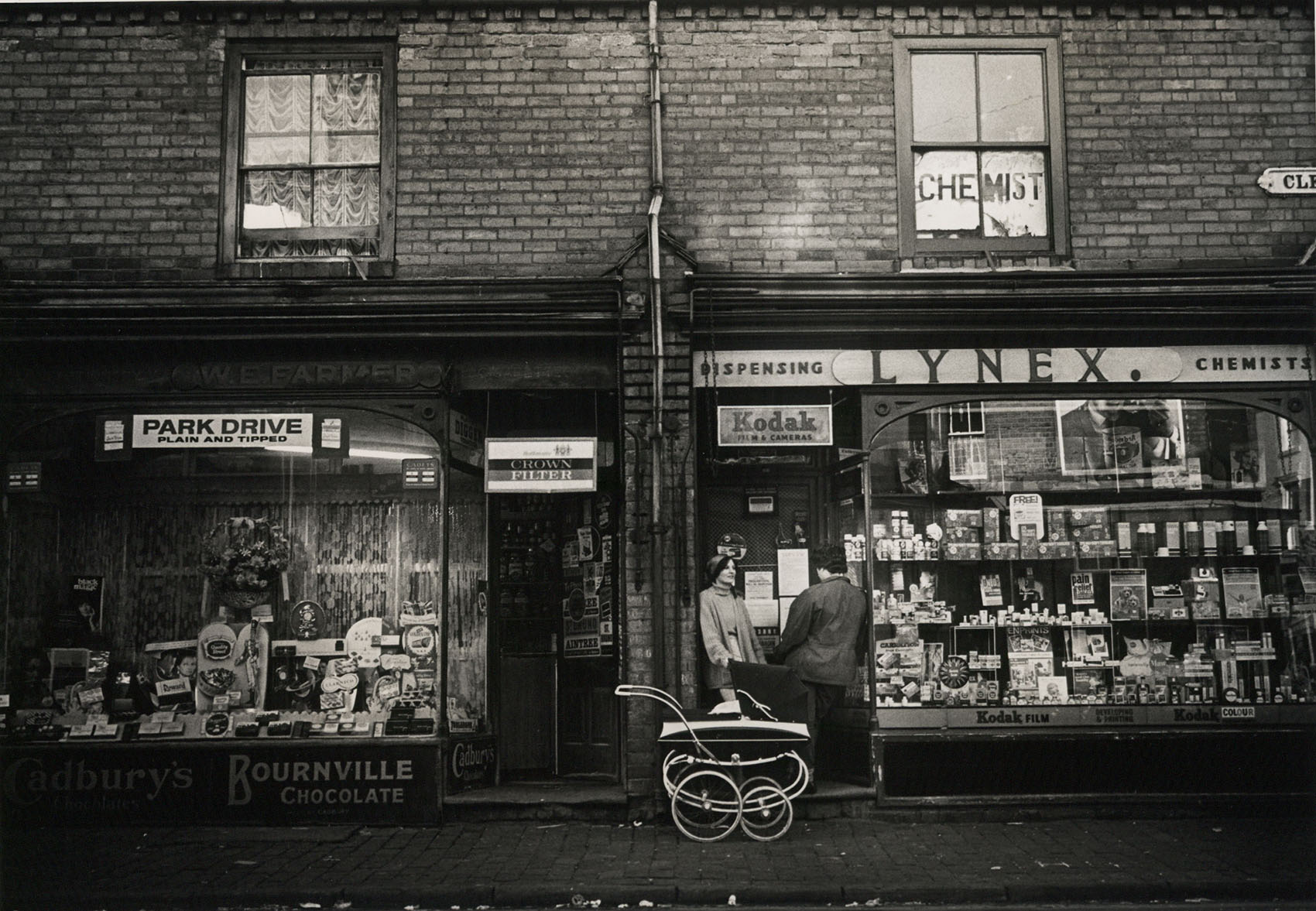