Ken. To be destroyed

Ken. To be destroyed began with an archive and a discover her uncle and aunt, Ken and Hazel Houston, from her mother Audrey Davidmann. It emerged soon after they were married that Ken was transgender. In the context of a British marriage in the 1950s, this inevitably profoundly affected both their own relationship and their relationships to their social surroundings.

The archive contains letters, photographs and papers. Hazel and Audrey wrote to each other frequently in the late 1950s and early 60s, after Hazel discovered that Ken was transgender.

For this new iteration of the exhibition, the largest exploration of this project to date, the team have created a new exhibition which will form the basis of a touring show. The exhibition was specifically re-curated for the LCC Upper Gallery space at LCC. For the first time, the series 'The Dress' was shown as very large prints, including some previously unseen works, and the Davidmann/Goldwater series 'Archive' was displayed for the first time. Also included in the exhibition were letters from Ken to Hazel, and from Hazel to her family, plus the series 'Dealt with in Scotland'.

Much of the discussion between artist and curator revolved around different ways of presenting the archive material, and involved explorations of papers stocks and ways of presentation, including vinyl, projection and film.

The Upper Gallery at LCC was a major player in the making of the exhibition. A tall, commanding space, and a throughway for students and staff, the exhibition had to contain enough drama and presence to make an impact in this multi- use space. Working with the Communications Team at LCC and with LCC technicians and installers, the curatorial aims were realized, despite the fact that the space presented some challenges, as well as the advantage of a constantly changing audience. The exhibition also included a book table, and a film about the early stages of the making of the project.

The layout of the exhibition and sizing and presentation on the works was carefully planned. The exhibition was introduced by the series 'Archive' which showed the letters and papers which are contained in the Ken archive. These photographs were framed and mounted, to instill the idea of 'archivalness' , which in turn, informs the whole exhibition. These quiet photographs are followed by the oversize series of nine images from 'The Dress'- disrupting the quiet space which 'Archive' had created. In a dark space off the main gallery, we displayed two letters, from Ken and Hazel, again oversized and printed on a thin, translucent photographic paper. A projection, made originally for the V&A several years ago, re-worked for this exhibition was also shown in this room. Providing documentary context, in a film kiosk, was Ahmed Atteya's 2015 film 'To be Destroyed', which explored the discovery of the archive and the early stages of the project.

In addition to the main exhibition, three other shows were created which explored other aspects of the project and provided context: 'The Ken Project Archive', 'The Dress at the LCC Studio' and new work by Alexander Cooper in response to the Ken archive. 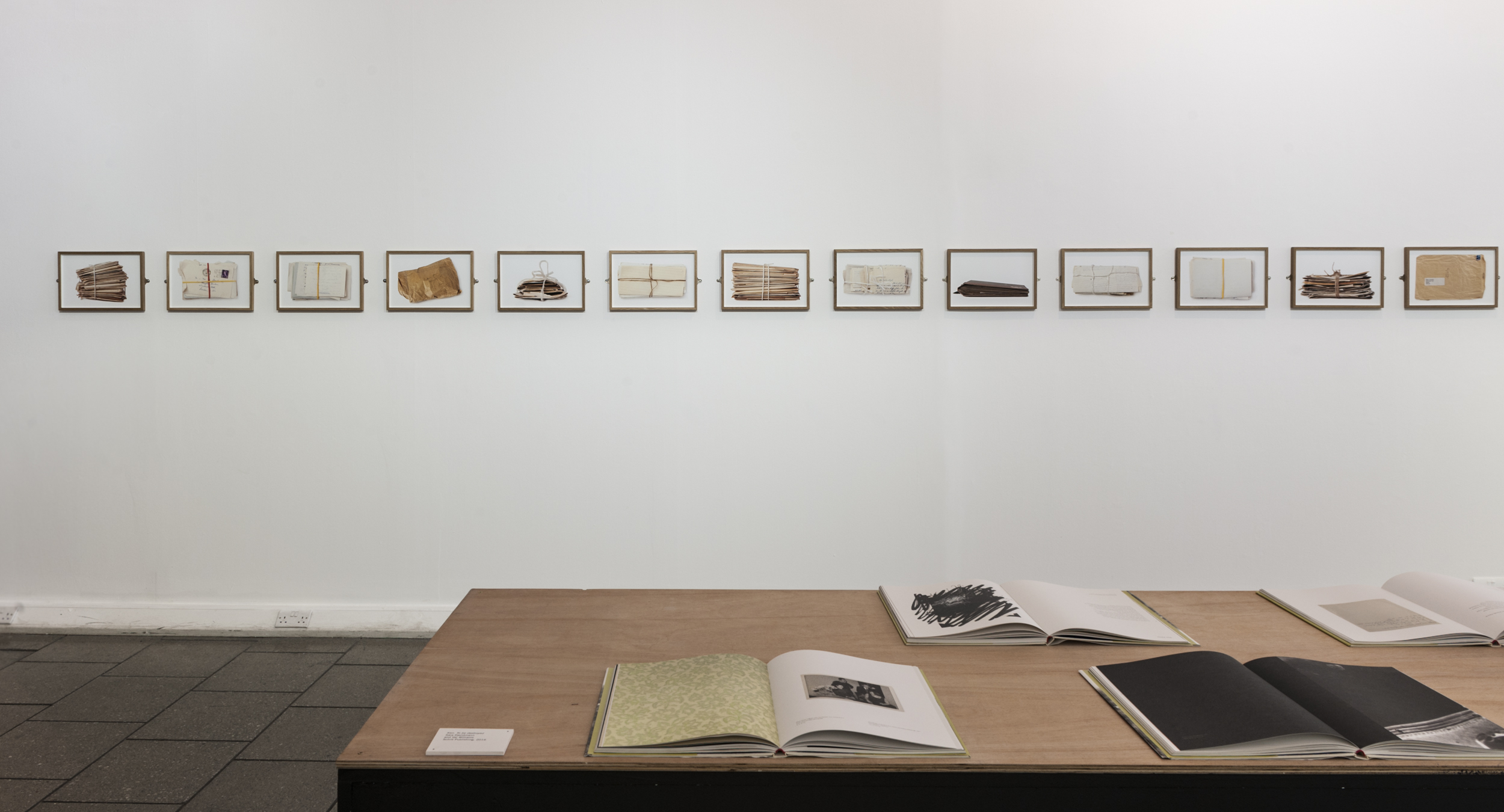