Co-curated by Val Williams and Sara Davidmann, the third edition of Moose on the Loose had at its core the exhibition Ken. To be destroyed, which explored a narrative of transgenderism and family relationships from the 1950s and 60s. From this, Williams and Davidmann created a Biennale which explored family relationships and the power of art practice and filmmaking,curatorship,theory and research to investigate cultural and social phenomena. Encompassing photography, film, publishing and letterpress this piece of curatorship explored the ways in which research can be bith created and disseminated via event, providing a platform for debate and a research audience.

The possibilities inherent in collaboration were explored, for example via the "Relatives' film festival, for which a group of MA students were commissioned to provide programming and context for the event, and in the symposium Shadows II for which the curators collaborated with the London Alternative Photography Network. Also included in the collabrative programme, was a series of Instagram 'takeovers' whereby new work by a series of emerging artists was created specifically for PARC/Moose Instagram account. Moose also commissioned letterpress designer Alexander Cooper to produce a new work around the archive of Ken. To be Destroyed, and the new Ken Project Archive was also displayed,to mark the beginning of new research.

The Biennale also collaborated with Canterbury Christ Church University to make Moose on the Road, a day of exhibitions and talks which explored transformative identities. Also central was work by David Moore in partnership with Val Williams and PARC on the transformation of an archive of photographs into the 'Lisa and John Slideshow. In curating this edition of the Biennale, Williams and Davidmann were interested in exploring the ways in which placing research into the context of event can create dialogue with audience and extend the possibilities of research by, in effect, performing it.The Moose 2017 programme can be found at mooseontheloose.net 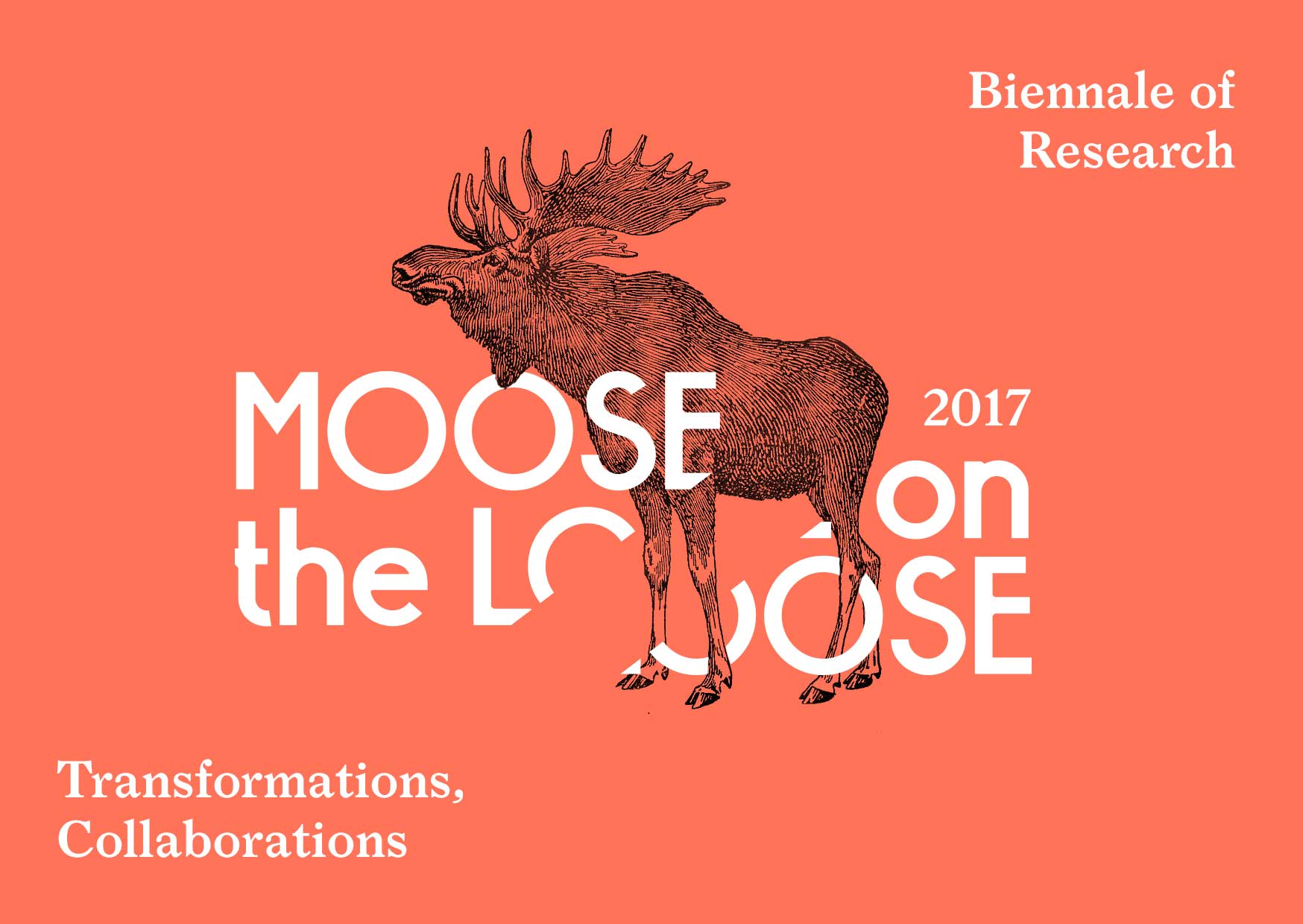